Shismo: an unconventional recipe for building your digital identity and making a third decision 🧗‍♂️

“It is useless to tell a river to stop its flow, the best thing is to learn to swim in the direction of its flow.”

The world today is entering a new digital age that has made entrepreneurs, budding entrepreneurs, and ordinary people all wonder what is coming. Not only is there a chance, but the change is very accelerating, millennials are very different from previous generations – the generations of the ’90s and ’80s – they have different music, movie stars, different video games, and even different social media websites.

Information technology and the digital revolution penetrate almost every aspect of daily life and change it in a fundamental way by entering the era of media and social media and the transformations of the communication environment in the arena of our cultural, social, and economic life and all other activities, and opened the door to a new beginning for the science and art of marketing with what is known as Transformational Marketing.

Shusmo: Features of Digital Identity
In his book “Shasmo: Features of Digital Identity,” a consultant and expert on digital marketing and social media, “A. Khaled Al-Ahmad» An easy and simple guide on how to create a distinctive personal brand in the age of social media, that can help you navigate the good opportunities in life by making the best use of your digital identity on the pages of social networking sites.

You can visit the official website of the book through this link (shusmo.me).
The book is primarily classified within the self-development books, as it reviews the personal and inspiring success story of its author in digital transformation, from humble beginnings to reach the highest levels of professionalism, in an interesting style by telling stories and experiences from Kuwait, Algeria, the United States of America and Jordan.

What constitutes the most important feature of the book is that it departed from the usual stagnation of the writing style adopted in the quality of specialized administrative books, especially within the classification of self-development books and personal marketing that characterize the Arab library and is dominated by a serious academic character.

It was simple and smooth in language and style, and the way of narration is wonderful and attractive and draws the reader to complete the book without getting bored, as it relied on stories and tales and striking vivid examples in a fun way dominated by a sense of humor.

Inspirational rise story
The author of the book “A. Khaled Al-Ahmad” presented an experience of rising from nowhere, telling the story of his inspiring, exciting and frustrating rise from the simplest and least humble beginnings. He began university studies at a late age at the age of thirty-five and pursued some humble professions as a salesman in a video store. A dishwasher in a restaurant.

Then he began his journey towards the science of social media and specialized in this field until he succeeded in forming a strong name in the world of digital marketing, management consulting, building identity and personal branding, confirming the words of George Bernader Shaw:

“Your identity is not what is decreed for you, rather it is what you create with your own hands!”

Smooth thought meal
The book in its entirety is small in size, consisting of 127 pages divided into five chapters, that helps in understanding the psychology of the citizens of the most popular social media platforms, namely: “The real world and the digital world, the United States of Facebook, the Great United Kingdom of Twitter, the citizenship of other digital worlds, the kingdoms of the digital world.” and our future.”

Within his book “shusmo,” Al-Ahmad presented his own view of the concept of Digital Nations, where he compared the new digital platforms for social media to some countries of the world, in terms of analyzing the behavior of their digital citizens; Each of the well-known social media platforms formed a kind of state in the digital space, and it had its own features, nature, and laws. We find that the Facebook platform is liberal and inexpensive in dealing, so it resembles the American character, and we can call them “the United States of Facebook.”

While we find that the Twitter micro-blogging platform represents the elite, its users are celebrities, dignitaries, opinion-makers and decision-makers, and it is similar to the official style of Britain, and accordingly, we can call it the “Great United Kingdom of Twitter”, and since each platform has its own nature, to build your digital reputation on Twitter you need From you for a special deal, they need elite intellectual qualifications.

While the LinkedIn platform is as serious and practical as if it were Germany, we can comfortably call it the “United Republic of LinkedIn.” Then he talked about the new youth platforms such as the Snapchat platform and the nature of its users, which is similar to the Emirate of Dubai.

Finally, the author highlights the dangers of big data and the economy of interest and emotions on the new social media. 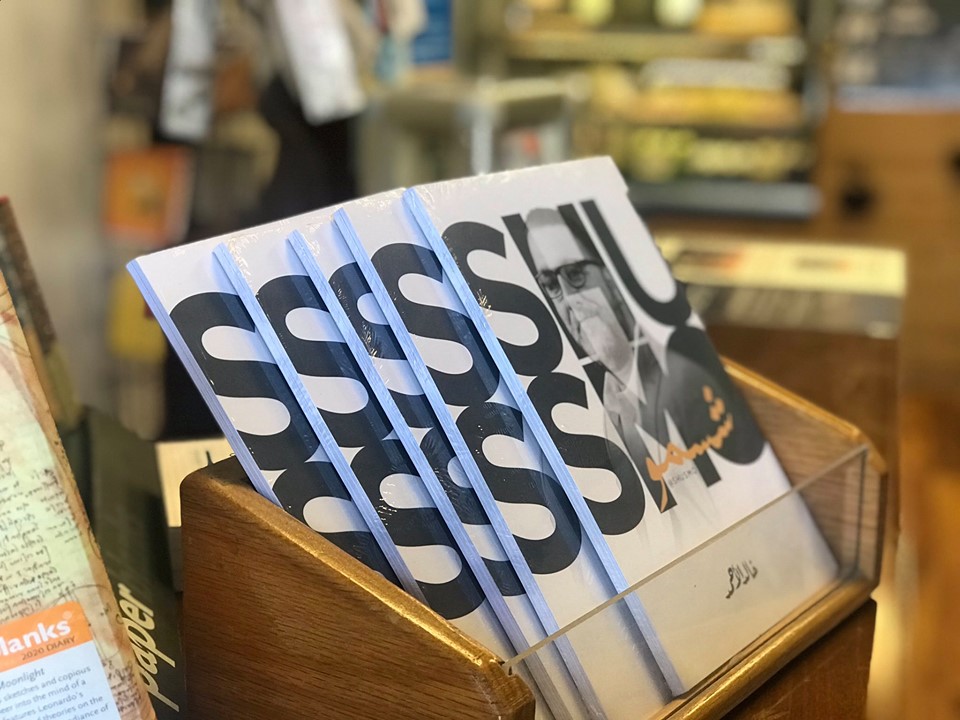 Why shusmo?
Regarding the strange title of the book, the author says in the introduction to his book:

“shusmo” is a title that takes us all to the starting point. If I mention to you that I am “Khaled Smith,” “Khaled Omar,” “Khaled Ma,” “Khaled Trump,” or “Khaled Al-Ahmed,” you will make an impression of me before you see me. And that reduces my chances of you having. But I place in your hands this book in which my digital features are formed from the first chapter to the last chapter, and after you have finished reading it, you can give it the name you see fit so that you stop asking, “Shasmo?”

In an exclusive statement to Arajik magazine about the desired goal behind writing and publishing the book, he told us, “A. Khaled Al-Ahmad:

“It is my hope that this book will enrich the Arabic library and marketing thinking in terms of building a digital identity for people who struggle with daily problems and risks while dealing with social media; It is a legacy that I leave for others to benefit from my life experience in building a successful digital identity.”

The author says that he has a story that may benefit others and inspire them to pursue their future, regardless of the difficulties. It took four years to write it, as if he was enrolled in university classes, as it was his long-dreamed project.

The book, in general, is easy to read, you can finish it in one sitting, and it is not aimed at businessmen, moneymen and entrepreneurs exclusively, but is directed at all ordinary people, who are interested in appearing properly on social media platforms and building a good reputation on them. It also provides a success story and a professional biography. Influential to its owner within its folds.

And soon the book will be released in its audio version, after the author contracted with Storytel, which specializes in providing audiobooks, to convert the book into an audio version, to be available to a wider audience of digital readers. The author also holds specialized training courses in the field of marketing through social media platforms and supports and improves personal digital identity.

Here are some quotes that appealed to me within the passages of the book “Shesmo”:

In order not to become slaves to the machine and the reality of artificial intelligence, we must retire digitally, or electronic fasting, to reach the stage of electronic moderation.

Self-censorship is one of the most important components of digital identity because external censorship in the world of social media comes late, that is, it comes after publication, not before, as is the case in traditional means of publication.

In the real world there are sometimes more surprises than in the digital world, someone may intervene at any moment, and that person will be the catalyst to change your life.

If you have two options, you should make a third option.

Finally, this quick review and extensive presentation of the book’s most important ideas do not make it worth it, as it is a rich book that deserves to be on the shelves of your library.

Let’s talk and see how can I help you with: